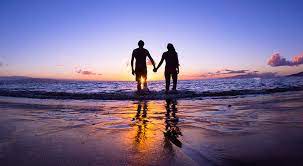 Live-in-relationship means where the partners live together as husband and wife without marriage. It involves continuous cohabitation between the partners without any responsibilities or obligations towards each other. It resembles like marriage but in actual it is little bit different as marriage is a sacred bond accepted by the society whereas on the other hand live-in-relationship is not accepted by the society at large till now.

Change is the law of nature and where right we should change ourselves a bit over time like we have started changing our perspective on live-in-relation. As we live in a society where our customs, rituals, ceremonies, traditions, etc. matter a lot so it will take some time to accept this emerging concept at large.

LAW IN INDIA ON LIVE-IN-RELATIONSHIPS

Marriages are governed by the personal laws of the parties to which they belong but there is no uniform code for Live-In-Relationship. There is neither any law relating to Live-in-relationship nor any enactment which can determine the rights and obligations of the parties living as partners. It is nowhere defined in the law but if two major consenting adults are living together without marriage for a long span of time it is not illegal or unlawful. However, court has interpreted this concept in various judgements. By interpreting it, court ascertained certain rights and is amending the existing legislations so that misuse of such relations can be prevented.

Domestic Relationship means a relationship between two persons who live or have, at any point of time, lived together in a shared household, when they are related by consanguinity, marriage, or through a relationship in the nature of marriage, adoption or are family members living together as a joint family.

A relationship between the two individuals who live together or have lived together in the past is considered as a domestic relationship.

EVIDENCE ACT,1872 : It raises the presumption of the existence of the fact.

The court may presume the existence of any fact which it thinks likely to have happened, regard being given to the common course of natural events, human conduct and public and private business, in a relation as to the facts of the particular case. Therefore, where a man and a lady live respectively for a long time as a couple then there would be an assumption of marriage between the two.

The Supreme Court of India has confirmed the proposition in Velusamy vs. Patchaiammal case that a woman who was in a live-in-relationship with man not legally wedded is not entitled to claim maintenance under Section 125 of Criminal Procedure Code. However, if such a woman proves that she was in domestic relationship with the man in the nature of marriage would be entitled to claim maintenance under Section 20 (3) of Protection of Domestic Violence Act, 2005.

CHILDREN BORN OUT OF LIVE-IN-RELATIONSHIP :

In January 2008, the Supreme Court held that children born out of live-in-relationships will not be considered as illegitimate.

In Vidyadhari v Sukhrana Bai, the Supreme Court passed a landmark judgement wherein the Court granted inheritance to the children born from the live in relationship in question and ascribed them the status of “legal heirs”.

the Punjab & Haryana High Court : Live-In-Relationships not prohibited; such persons are entitled to equal protection of laws.

Live-in-relationships are not illegal or unlawful, if the two consenting adults are living together for a long period of time and that too without marriage.