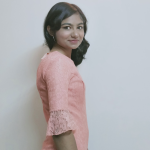 The Covid- Pandemic has very adversely hit the livelihoods of millions across the country. India’s GDP has reached a negative growth of 7.3% for the first time in the past decades. Reasons accounted for this can be clearly seen in the falling private consumer spending and Investment by private sector. This is mainly due to lack of confidence in the economic situations. Even government spending and net exports which could have led to increased GDP faced a setback. Economic growth has taken a downward trend.

India is a growing mixed economy which allows free markets along with government intervention to control the economic situations. In times of economic stress government can intervene the markets and help achieve growth. However, government needs money to boost the economy. It can increase its revenue by raising taxes or divestment. Presently, there has been a debate over printing money in the economy to help economy move towards growth. Monetization or money printing occurs when the central bank buys bonds directly from the government without corresponding increase in nominal GDP.

A huge economic stimulus and relief is needed to combat the damage that covid has done on economy. Since there is distress and destruction of demand, distributing money can alleviate pain. Supporters of modern monetary theory believe that expansionary fiscal policy by monetizing the deficit until the economy reaches full employment is a good option.

The level of fiscal deficit is expected to be 7-8% of the GDP. According to economists this would certainly require huge amount of borrowing by the government with the RBI’s support.

Deficit financing leads to inflation and undermined investors confidence in the economy. This could help businesses and households to increases their spending but in the long-run it can lead to financial instability as experienced by countries like Zimbabwe and Venezuela.

According to C Rangarajan, to cover the fiscal deficit monetary expansion is already happening in an indirect manner. The RBI is also pumping huge amounts of liquidity through various operations.

D Subbarao– The current situation does not call for the RBI directly monetizing the deficit. The cost of doing that will be much more than the benefits. There is enormous liquidity in economy. RBI can also resort to open market operations if the need arises.

Direct monetization should always be the last resort in any country as it will have high cost implications in long run.

Future administrator and lifelong humanitarian . I am an undergraduate student from Lady Shri Ram college, Delhi university who loves to explore and learn new things. Being empathetic, I want to work in social sector and contribute towards society.